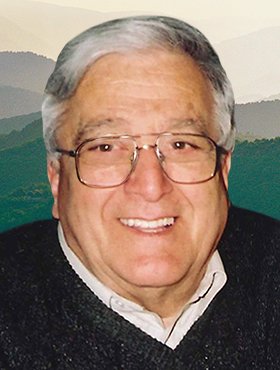 Egi was born in Trieste, Italy on April 21, 1927. He pursued many athletic endeavours as a young man including soccer, rugby, and field hockey. He played for Team Italia in the 1952 Helsinki Olympics as the goalie for the men’s field hockey team winning a bronze medal.

He graduated from the University of Trieste with a degree in Structural Engineering in 1948. In 1950 he met Luisa (nee Querini) and they were married in 1952.

In 1954 Egi and Luisa moved to Canada and Egi joined the structural engineering firm of Strong, Lamb and Nelson in 1960. He worked with the firm until the mid-seventies when Egi opened his own firm, Cosentino & Partners in 1977 and continued as the CEO until he retired in 2006.

Egi always liked to joke that many of the buildings he designed are still standing today. His firm also designed the Cambie Bridge in Vancouver, BC.

Egi is survived by his wife Luisa, daughter Monica and son-in-law Craig Wrobleski, all of Calgary. He was predeceased by his mother Maria, father Carmello and his two sisters Lucina and Mary all of Trieste, Italy.

A private family service will be held. Condolences, memories and photos may be shared and viewed on Egidio’s obituary at www.McInnisandHolloway.com.

Share Your Memory of
Egidio (Egi)
Upload Your Memory View All Memories
Be the first to upload a memory!
Share A Memory
Send Flowers