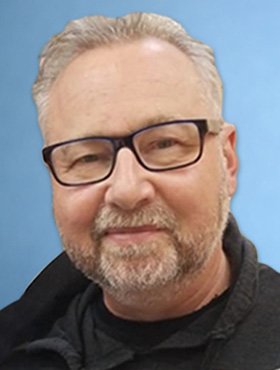 Robert Hiles, beloved husband of Carolyn Joy Hiles (nee Kennedy) of Calgary, AB passed away on Sunday, January 3, 2021 at the age of 63 years. He passed away peacefully at the Foothills Hospital after battling a series of complications following open heart surgery on November 04, 2020. Rob fought valiantly throughout his time in the ICU and his dedicated and talented medical team fought heroically beside him. He showed an unbelievable amount of courage, strength and resilience. If it were about his spirit, he would still be with us but his body could not go on. The children and I were fortunate to be with him at his passing and I am sure he felt immensely loved. I cannot say enough about the entire team on units 94/104. We owe them much gratitude.

It is with great sadness that I sit here writing Rob’s tribute. My heart is shattered.

Rob (or Robert to many) was born on September 14, 1957 here in Calgary to his devoted parents Thelma Irene Hiles (nee:Laithwaite) and William Alan Hiles.  Rob spent his childhood in Calgary, AB and attended Briar Hill Elementary and Brandon Junior High. He moved with his parents to Ottawa, ON in June of 1973. He attended Merivale High school and was a member of the high school band. Not knowing anyone in Ottawa he spent his first summer cycling himself into shape, had a spectacular crash and ended up with stitches and an enormous scar on his knee. He studied at Carleton University and graduated with a degree in Genetics in June of 1979. He followed this by working in Nigeria with CUSO for three years (1980-1983) as a teacher and eventually vice principal. On his return to Canada, he thought he might like to take up teaching but after a challenging work experience in a high school, decided this was not his path. This surprised me as he was an extremely talented “teacher” throughout my life with him. His love of travel led him to become a travel agent and he worked at this for many years, ending this with working for AMEX. Through this, he learned the systems for analyzing and managing call centers. This led him to change career paths and he took a job with Intact Insurance where he was the work force analytics manager for Western Canada. Rob enjoyed his work experience with Intact as they held the same values of taking care of family that he emulated.

Rob led a full, beautiful and colourful life and I was fortunate to know him for thirty – two years of this. When I first met him he impressed me with how comfortable he was just being Rob and I could not help but fall in love with his kind, gentle and humble nature. He truly was an old soul. We met through CUSO. He was a diligent member and I called him to get the details of our meetings. He invited me to lunch. Probably forgetting his wallet on purpose, I was forced to pay for that lunch. He reciprocated with an invitation to dinner (Thai food-my favourite). We had a May to December romance and were married in Ottawa ON, December 10, 1988. He supported me as I studied physiotherapy at McGill University and we spent four years enjoying the restaurants, art, music and culture of Montreal that a student budget could allow. We moved across the country to Calgary on my graduation in 1993. I had always wanted to see the Calgary Stampede and Rob made sure I did. We have stayed here since and raised four amazing children of which both he and I could not be more proud.

What can I say about Rob? He was an amazing man, so kind and devoted to myself and the children. Sometimes so quiet and unassuming that his wry sense of humour could be missed. And oh that Rob playful smirk and chuckle!

He had a passion for music. It was not often that he would be without it and no genre was out of his liking. He not only listened to music, he played the guitar and drums and had the most beautiful voice second only to his father. Every anniversary he would give me a CD and tickets to a concert. At the concert I would get a complete education about the who’s who of the music world. He even indulged me with tickets to some of my favourite artists.

He was an accomplished cook and enjoyed hanging out in the kitchen with his music blaring and a favourite beverage at hand. He worked hard to perfect his famous barbecued ribs and getting the perfect seer on his steaks (even at negative twenty, there is a limit!). Ask us for our cheese cake recipe. Definitely a family favourite.

He loved to travel and besides his time in Nigeria with CUSO travelled widely throughout the world. Topping his adventures was his travels to South America and the Galapagos Islands. My family loved to sit around the table and count the number of countries we had collectively been to. Rob upped that count to the delight of my father.

He enjoyed sports (hockey, football and baseball) not so much to participate but to watch and referee. I would tease him that he should   change careers as he was so good at yelling at the television. He and my father had a running bet between the Calgary and Edmonton teams. He was an avid golfer and his patience in trying to teach me was heroic in nature. I still fall short although he did his best.

He was a pool shark. When we were first married my friends invited him out to play pool and he almost single handily cleared the table. They were shocked and so was I. He seemed to have the mysteries of the physics worked out to a tee. The shots he lined up for me would always hit home.

He was an excellent downhill skier. As the children learned to ski and I struggled to keep up, I would ask where their dad was. They would point up the hill where he was carefully watching them from amongst the trees.

It was not a chore but a labour of love for Rob to take the children to their activities. Stopping at Tim’s along the way sweetened the deal. There were band concerts, piano and dance recitals, karate tournaments, horse shows and Scottish dance competitions. He made each child feel special and accomplished. It took some time but he was very close to mastering a tight ballet bun. He was not so good at the makeup.

He was highly intelligent and did so without effort. Where I would study ad nauseam, Rob would have all the facts tucked neatly away and categorized in some filing cabinet in his brain. He seemed to be able to retrieve the oddest facts at a moment’s notice. Needless to say he loved Jeopardy. I wonder how well he would have done if he had applied to be on the show. He relearned high school four  times as the children went through. He would say by the fourth time he thought he really had it down. By university he had to admit he had met his match. His intelligence lives on in our four very bright and talented children.

He enjoyed hiking in the mountains and had many adventures with his brother. If you ask Doug I am sure he will regale you with many a tale. Despite his failing heart he would continue to hike with me. Jack our dog and I would go ahead (he insisted) and we would get messages that he was coming sent up the hill by fellow hikers.

He had a soft spot for animals and the elderly. I cannot tell you how wonderful and kind he was to both my parents and about how much they loved Rob. They would ask first about his well-being before mine and my mother’s face would light up at his name especially in her later years with dementia. Our pets adored him and enjoyed snuggling with him as he napped. I remember him taking our first cat Ooan to be put down at the age of twenty- one. Rob wept for days afterwards.  He was a true kindred spirit.

Indeed everybody loved Rob. And so they should. The world has lost a beautiful, kind and gentle soul. He will be forever loved, cherished and missed.

Besides his loving wife, Carolyn, Robert is survived by his children; Charlie, Lara, Emily and Adam. Robert will be sorely missed by his sister, Cathy (Bob), his brother, Doug; his brothers-in-law, David (Claude), Stephen (Karen) and Tim (Juanita), sister-in-law Gabi; his nieces, Shannon (Brent) and Katarina; and his nephews, James, Christopher and Zachary.

Rob was predeceased by his parents, his mother and father-in-law, his nephew, Alan Steele, and his brother-in-law, Michael Kennedy. Condolences, memories and photos may be shared and viewed on Robert’s obituary at www.McInnisandHolloway.com.

We are presently working out where Rob would have liked to have donations sent.