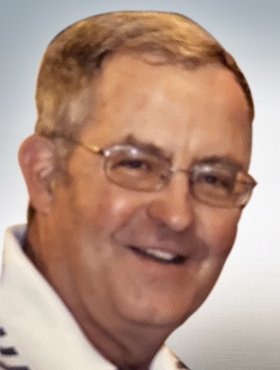 Jay Austin Lydiatt, beloved husband of Barbara Lydiatt (nee Gallagher), of Calgary, AB, passed away on Saturday, January 16, 2021 at the age of 71 years.

Jay was a member of the YMCA for 60 years and loved being active. For over 50 years, he was involved as both a member and as a leader of the 18th Boy Scout Troop and the Hawkwood 214th. He volunteered for many boards and charities, wanting to make a difference in the community. Jay was eagerly involved in all his son’s activities, coaching their baseball and soccer teams and later cheering on his grandsons from the sidelines.

Jay accomplished much through his life but was particularly proud to be a Dad and a loving husband. In 1996 he started his own systems consulting business, ‘I T People Ltd.’ He thrived with the daily challenges until his retirement in 2016.

Jay had a passion for hiking, cross country skiing and was keen to organize many outings to the mountains with friends. He loved sports, exercising and living life. He valued friendships, old and new and loved staying in touch. He cheered on the Blue Jays and Raptors. Jay enjoyed numerous memorable vacations and saw many countries on bike trips after his retirement.

Jay had two favourite sayings: “have I got a deal for you”, and “there are no problems, just opportunities”. He will be most remembered for his energy, determination, loyalty and love.

Besides his loving wife, Barbara, Jay is survived by his five sons and three daughters-in-law, Roger and Kim, Patrick and Niki, Sean, Peter and Michelle, and Stephen and Kelly Evans (fiancée), all of Calgary; six grandchildren, Nathan, Connor, Ben, Robert, Drew and Reese,  all of Calgary. Jay is also survived by his three brothers and two sisters-in-law, Ian and Kathy of Calgary, Grant and Fiona of Calgary, and Geoff of Vancouver, B.C.; as well as numerous nieces, nephews, cousins, and friends. Jay was predeceased by his parents, Gordon and Diana Lydiatt of Calgary.

A Funeral Service will be held for 20 attendees, on Friday, January 22, 2021 at 10:00 a.m.  All others are invited to join Mr. Lydiatt’s service streamed live below on the day of the service. Condolences, memories and photos can also be shared and viewed here.

Jay’s family would like to thank Dr. Cathryn Kuzyk, the staff of the Tom Baker Cancer Centre, the Prostate Cancer Centre and the team at the Dulcina Hospice for their care, kindness and support.

Share Your Memory of
Jay
Upload Your Memory View All Memories
Be the first to upload a memory!
Share A Memory
Send Flowers