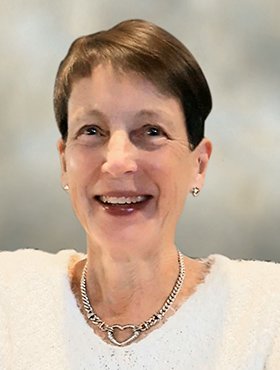 We are so very sorry for the loss of your beautiful Mildred.

I will always remember her positive energy, kind heart and big smile meeting her walking our dogs around the inverness pond. She touched many people with her grace and kindness... Rest in Peace Magical Soul!

Who would have thought you'd have plot twists at a memorial?

There is a saying Michelle uses a lot "...when everybody is special, no one is."

It was almost entertaining to watch each person close to Mildred discover how far and deep Mildred's reach really was.

She has forced Michelle to find another favorite phrase now, because it's not true anymore. Mildred mastered making everyone in her orbit special. That is massive life achievement.

What a elegant and incandescent soul.

We will be praying for your family.

Mildred and I have been friends since 1970, going on 51 years. Mildred was the sister I never had. We had many wonderful experiences together during those years. We had so much in common, sewing, cooking, religious studies, love of animals etc. and that led us to taking many courses over the years. We also loved going to craft fairs and markets--just general shopping really, much to our husbands dismay.

In 1984 we were both transferred to Calgary. We were both downsized by Imperial Oil, Mildred in 1991 and myself in 1992. Well time marched on and I got married and a couple of years later Mildred got married to which we each became the others Made of

Honor. Different jobs for us came and went but we kept in touch a couple of times a week at least.

It isn't possible to put into words the importance of our friendship and how much Mildred meant to me. She positively influenced

my life in so many ways and I will never forget all the times we spent together.

Mildred, thank you for your friendship, I will miss you forever and will never forget all the times we spent together.

So, farewell my friend

Being your friend has been an honor.

So sorry to hear of Mildred's passing. Yet grateful to have worked with her at CSRS; a wonderful lady who cared for seniors and inspired others to do the same. She was a human angel who made life better for thousands of people.

Sorry to hear of Mildred's passing. I have fond memories of being a classmate of hers from grade 1 through 12. Her mother Cora was our teacher in elementary school and I remember her well. Mildred was an intelligent , unassuming person , very kind and compassionate. She will forever be in my memory.

My deepest condolences for your loss. I met Mildred only the once but I know she was a wonderful person and a most valued friend to my mother (Sharon Rand).

So very sorry to hear of the passing of your beautiful wife Mildred. Kim and I always enjoyed her company and yours while playing cards at Sharon and Arnold's home. Praying for peace.

I only met Mildred and Neal once....at my home in Florida. She was a cousin I had never met. It was an exciting and enjoyable day and I had so looked forward to meeting them again. Please accept my condolences, Neal. You are in my thoughts and prayers. Linda Sutton

So very sorry for your loss. Our birthdays are days apart. Our mother's shared a room in the hospital when we were born. We grew up together and graduated together. Always the beautiful lady.

So sorry for your loss

How very sad to hear such news.

Mildred ALWAYS had a smile and was the picture of perfection.

My sincerest condolences to all her family and friends.

Rest in peace, your battles are over, My Dear.

Dear Neil, sincere condolences and prayers for you and loved ones. That beautiful lady, my boss, my friend and helper when life's strange happenings needed her to help me carry on with our services to CSRS. I hope that Milly left you with many memories to cherish on lonely days. It was an honour to have such a good friend in my life.

Our condolences to Mildred's husband Neil, her friends and family in Alberta and New Brunswick. She was a wonderful friend, who never forgot her classmates and friends from St. George and the Charlotte County area. We appreciated seeing her at reunions, as well as her hospitality whenever one of us visited her, Neil and their four legged companions in Calgary. She will be missed. Thank you, Neil and all who took care of her. Lydia (Brown) LaPointe and Roberta Allen, ECRS Class of '64 classmates and friends.

Share Your Memory of
Mildred
Upload Your Memory View All Memories
Be the first to upload a memory!
Share A Memory
Send Flowers