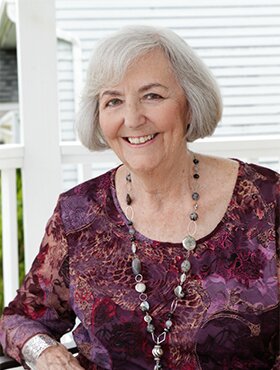 It is with great sadness that the family of Beverley Unsworth, of Calgary, AB, announce her passing at the age of 87 years.

Beverley moved to Quebec’s Eastern Townships at the age of three, then graduated from Granby High School in 1952. In her latter years of high school, she was an athlete and particularly accomplished in track and field. Following high school, she worked in downtown Montreal and continued her interest in athletics through the Mercury Athletic Club.

After moving back to Granby, she met and married Francis Unsworth of Manchester, UK, in 1955. During this time, she made a plethora of wonderful friends, brought up four children, engaged in community service as a Girl Guide Leader, and was employed in the accounting department at Simonds Wallace Murray. In 1979, she earned a Management Diploma from McGill University and was promoted to positions in Toronto and Fitchburg, MA. However, her longing for greater responsibilities brought her back to the Toronto area where she was employed by the Ontario Ministry of Health, and then owned and operated two busy travel agencies in nearby Brampton. In Ontario, she was again happily surrounded by her friends from Granby, as many had moved to southern Ontario for work and family. During her years in Brampton, she also became a Justice of the Peace and President of the Brampton Symphony Orchestra. During her thirteen years in Brampton, she traveled extensively throughout the world on business and often related events that indicated her fondness for new and novel experiences. She sold her travel agencies and moved to Calgary to be near family in 2000. Her ambition soon landed her positions with the Alberta Ballet and the Chinook Learning Centre. She worked in her last position until the age of 75, but remained a traveler with multiple trips to Australia, Ireland, Scotland, and a European river cruise on her 80th birthday. Always ‘the life of the party’, she also made many special and lasting friendships during her many years in Calgary.

It is clear we are celebrating a full, complete, busy, and interesting life filled with love and friendship, which is exactly the way she wanted her life to develop and evolve.

Beverley was the daughter of Ivan and Violet Webster of Granby, QC, and will be forever remembered by her children John (Elizabeth) Unsworth, Joan (Larry) Vollans, Douglas (Jill) Unsworth and Dianne (Lynn) Hagen. She is also lovingly survived by nine grandchildren and eight great grandchildren, who have cherished her throughout their lives.

A Celebration of Beverly’s Life will be held at McInnis & Holloway (Deerfoot South, 12281 – 40th Street SE, Calgary, AB) on Wednesday, December 8, 2021, at 1:00pm to 3:00pm. Those attending will be asked to provide valid government identification (with name and date of birth) AND confirm one of the following: (A)Provincial vaccine record with QR code (paper or digital); OR (B)negative COVID test (within 72 hours); or (C)valid medical exemption (signed letter); OR (D)under 12 years of age.

Share Your Memory of
Beverley
Upload Your Memory View All Memories
Be the first to upload a memory!