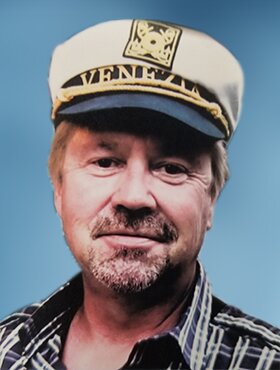 Garry Johnston, beloved husband of Jamie McCowan (nee Partridge) of Calgary, AB, passed away on Saturday, April 9, 2022 at the age of 64 years.

Garry was born in Vulcan, AB on November 14, 1957, where he was raised on a farm nearby. Garry moved to Calgary to pursue his education and ultimately embark on his career in oil and gas. This is where he proudly worked for decades in instrumentation and controls and where he made many lifelong friends.

Friends and family will remember Garry as a quick witted, honest and caring man. He loved hosting family and friends for dinners where he would prepare the meals with pure pleasure. He enjoyed sharing his knowledge of history, geography, astronomy and his passion for movies with anyone who showed an interest. Garry enjoyed sharing stories of his travels, proud to share of the places he had been and the adventures he had. As an accomplished golfer, Garry was the guy you wanted to golf with because of his patience and his just have fun outlook. He was the happiest when he was at home with Jamie and their dogs Lucy and Russell.

Garry will be deeply missed by his wife Jamie; stepdaughters, Kendall (Jake) and Carley (Ryan); and grandchildren, Finnley, Hurshel, and Reign. He is also lovingly remembered by his brother and sister-in-law, Ron and Marlene; sisters, Val, Emmaly and Theresa, sister-in-law Jeanie; his cherished nieces, Christy, Dawn, Kelly, Brooke, Kristen and Samantha; nephews, Brett, Darcy, and Tristan; his cousin Jeff (Cindy) and their children Luke and Lana and his aunt Vera.

Garry was predeceased by his parents Dorothy and Donald, stepmom Esther Johnston, brother Doug and his brother-in-law Jim.

Funeral Services will be held at McInnis & Holloway (Fish Creek, 14441 Bannister Road SE, Calgary, AB) on Sunday, May 15, 2022 at 2:00 p.m.  Reception to follow in the Hospitality Centre at the Funeral Home. . Family and friends who are unable to attend in person are invited to join Mr. Johnston's service streamed live (see below) on the day of the service. For those who are unable to view live, a recording of the service will be posted. Condolences, memories, and photos can also be shared and viewed here.