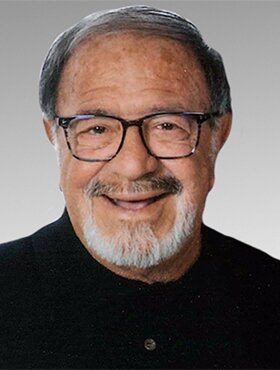 Bilo was born on April 21, 1947 in Alexandria, Egypt. After graduating from University with a Science (Geology) degree, he immigrated to Montréal, QC, Canada in 1968.

In April of 1969, Bilo moved to Calgary where he began a 40-year geology career in the oil and gas industry, including several years working overseas in Abu Dhabi and Pakistan.

In 1972, Bilo married the love of his life, Diane. They settled in the community of Lake Bonavista where they made their home for the next 48 years.

Bilo held many volunteer positions within his community, helping with the hockey and soccer programs. His passion for soccer translated into a 25-year commitment to coaching and growing the sport for girls in Calgary especially, his Dream Team, the Celtic Warriors. In 1998, the Calgary Sun newspaper reported that his girls’ team was “Alberta’s best – Calgary Celtic represent part of what may be the nation’s top soccer program”.

Bilo’s accomplishments as an international geologist and trailblazing soccer coach will endure. There is a long list of people who would call him their best friend or the funniest guy they knew. His charisma will be missed by all those whose lives he touched. However, his greatest legacy was his love and devotion to his family

Bilo is survived by his wife of 50 years, Diane, his daughter Janelle of Florence, Italy, his sons Jon-Paul of Victoria, B.C., and Marc (Krystelle) of Ottawa, ON; and his three grandchildren (Priya, Surina and Nahlia). Bilo is also survived by his sister, Nadia Khouri (Marc) of Montréal, QC, and niece Maya, as well as nephew Scott Willis of Cochrane, AB and niece, Kim Willis of Calgary.

Funeral services will be held at McInnis & Holloway (Fish Creek, 14441 Bannister Road, SE, Calgary, AB) on Friday, May 6, 2022 at 10:00 a.m. Reception to follow in the Hospitality Center at the Funeral Home. Condolences, memories and photos may be shared and viewed here.

Share Your Memory of
Nabil (Bilo)
Upload Your Memory View All Memories
Be the first to upload a memory!
Share A Memory
Send Flowers