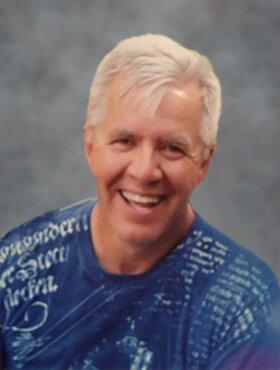 Dr. Glenn Comm was a most remarkable man. He made a huge impact on those privileged to know him. He was finally freed from the grip of Alzheimer’s disease at the age of 67. He lived love. Was gentle. Down to earth. Charismatic. He made other people feel valued. Following a BSc from Walla Walla College in 1975 he went on to graduate in 1979 from the Loma Linda University School of Medicine and became a dedicated physician. One of Glenn’s most marked characteristics was his strong sense of justice – he was always looking out for and prepared to fight for the underdog. He was a politically active physician and was heavily involved in the Alberta Medical Association. Believing he had an obligation to follow the example of physicians who had paved the way for him, he participated actively in many committees and organizations. He loved anaesthesia and was an inspiring and encouraging mentor.

Private life was filled with cruises, music, card games, hockey and sailing trips. He loved not only the sea but nature in all forms, returning time and time again to his Smoky River roots to climb and gather rocks. He and Dalyce entertained extensively, and many folks have great memories of Comm organized parties and events. Participation in the Les Marmitons, a professional mens’ gourmet cooking club, occupied much of his leisure time for more than a decade. Glenn had a way with words but not with handwriting, a fact much lamented by anyone who had to read his chart notes. High jinks with fellow anaesthesiologists created The BackStab Boys and their spoofy productions delighted many. Many an eyeball rolled at his jokes and his sisters fondly recall hours of dumheiten, a German word for crazy foolishness.

Glenn married Dalyce Comm (nee Foulkes) in 2000 and brought to that union his beloved daughter Shelby Green (Brian). He was a loving father figure to Hannah Wright, Hero Landry (Martin), and Nathan Wright and considered that he had been blessed with four children. Glenn was predeceased by his mother, Eleanor Wade (2015), and father, Reinhold Comm (2009). He is survived by his adoring wife Dalyce, his four children, and by his two sisters, Trudie Comm and Anneli Laws (Alan), as well as four grandchildren, Isabella and Abigail Hannah, and Michael and Claire Landry.

Special thanks to the caring staff at Bethany Riverview, especially to Chris and Stephanie for their compassion. Glenn’s declining years were way more fun, thanks to his extraordinary ‘angels’ from Granddaughter’s Personal Care.

Relatives and friends are invited to celebrate Glenn’s brilliant life at McInnis & Holloway (Park Memorial, 5008 Elbow Drive SW, Calgary, AB) on Sunday, May 29, 2022, at 2:00 p.m. Family and friends who are unable to attend in person are invited to join Dr. Glenn’s service streamed live (see below) on the day of the service. For those who are unable to view live, a recording of the service will be posted. Condolences, memories, and photos can also be shared and viewed here.

The family will be especially grateful for donations in his memory made to YouQuest, (youquest.ca) a program providing activities and support to individuals with early-onset Alzheimer’s Disease.

Share Your Memory of
Dr. Glenn
Upload Your Memory View All Memories
Be the first to upload a memory!
Share A Memory