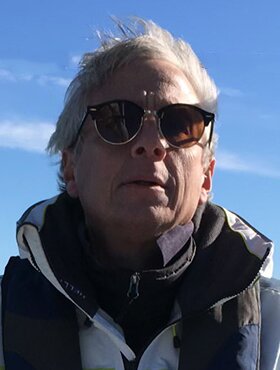 Robert Carl Hughson, beloved husband, and soulmate, of Wendy Hughson (nee Ingleson), and loving father of Emma Hughson, passed away on July 11, 2022, at the age of 61 years.

Carl is survived by his twin brother, Greg Hughson (Juanita); and his younger brothers, Donald Hughson (Kelly), Andrew Hughson (Nathalie); and his mother Valerie Hughson; along with numerous nieces and nephews.

Carl was predeceased by both, his daughter, Sarah Hughson and father, Bruce Hughson.

Carl was passionate about geology, photography, and sailing. Not only was geology his career but he also enjoyed it in his spare time. Carl was an accomplished photographer who took great delight in his cameras, so much so that they were never far from hand, thus allowing him the opportunity to get that perfect shot. With photography, he merged his love of science with art exceptionally. Sailing was a grounding experience for Carl that brought him much joy and relaxation, while being in harmony with nature. It was an activity he was able to share with family and friends, as he explored up and down the West Coast on endless adventures.

In May, Carl and Wendy travelled to Bath, UK. One of the happiest days of Carl’s life was walking his daughter Emma to the alter, to begin her new life with her husband Shawn.

Carl also had a soft spot for his furry friends, as he and Wendy went from empty nesters to furry nesters. He always enjoyed being with the cats and dogs who provided him with great comfort.

Rest In Peace Carl. We will always love you. Forever in our hearts. Wendy and Emma.

“May you have fair winds and following seas.”

A celebration of Carl’s life will take place at a later date.

If friends so desire, memorial tributes may be made directly to The Calgary Humane Society, 4455 – 110th Avenue S.E., Calgary, AB T2C 2T7, Telephone: (403)205-4455, www.calgaryhumane.ca. Condolences, memories, and photos may be shared with the family here.

Share Your Memory of
Carl
Upload Your Memory View All Memories
Be the first to upload a memory!
Share A Memory
Send Flowers