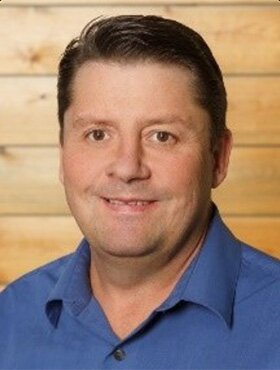 Joel Anderson, beloved husband of Vanessa Frehlich and father of Kara Savitsky, of Airdrie, Alberta, passed away on Saturday, July 30, 2022, at the age of 52 years.

Joel was born in Kerrobert, SK, on February 24, 1970, youngest child to Carl and Bertha Anderson.

Joel earned his Journeyman Red Seal Certification in Plumbing and Gas Fitting from the Southern Alberta Institute of Technology and established a thriving career in this field. Joel started his career with Filax Mechanical and joined Stuart Olson in 2015, working most recently as a Mechanical/Electrical Project Manager. Joel’s passion for his job was evident in his reputation and the quality of his work. Joel made a lasting impression on all he worked with, mentoring many and building quality relationships that he cherished.

Joel met Vanessa in 1987.  They were partners in life and work until his passing.

Joel and Vanessa were blessed with the birth of their beloved daughter Kara on August 15, 1990. With their mentoring, Kara joined them in their profession and now works as a Mechanical Project Manager.

Joel was an avid Saskatchewan Roughriders fan since childhood, never missing a game. In his younger years, Joel was a talented goaltender playing on provincial championship teams.  His love for hockey remained and he loved the Oilers only second to his Riders.

Joel will be remembered for his passion for cooking, mastering the use of his Traeger and Bradley smoker which brought his family together to enjoy many delicious culinary creations.

If friends so desire, memorial tributes may be made directly to Right to Play, www.righttoplay.ca.

Funeral Services will be held at McINNIS AND HOLLOWAY (Chapel of the Bells, 2720 Centre Street North, Calgary, AB) on Sunday, August 7, 2022, at 2:00 p.m. Reception to follow in the Hospitality Centre at the Funeral Home. Condolences, memories, and photos may be shared and viewed here.

Share Your Memory of
Joel
Upload Your Memory View All Memories
Be the first to upload a memory!
Share A Memory
Send Flowers