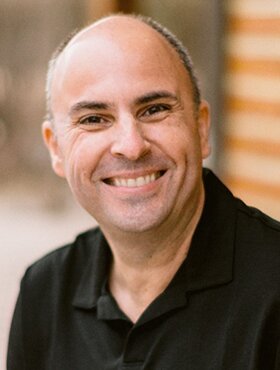 Michael Margaritis, beloved husband of Pamela Margaritis (nee McTavish) of Calgary, Alberta, passed away on Monday, August 22, 2022, at the age of 51 years.

Michael was born in North Vancouver, BC on September 15, 1970. He graduated from the Kwantlen Polytechnic University with a degree in Bachelor of Business Administration and Entrepreneurial Leadership in 2008. Michael married Pamela in November 2002 and welcomed into the world three son’s Brady (2006), Joshua (2008) and Mason (2011).

He worked for Canada Safeway from 1990 to 2015 in various positions in Vancouver and Calgary and was the Inventory and Profitability Manager for the last years. Mike then joined Sobeys as a Business Process Analyst from 2015 to 2019. He was last employed by Home Depot as a Market Asset Production Manager until his passing. Most recently, he volunteered in various roles for all of his sons hockey teams with Bow Valley Hockey Association. In their earlier years he was Head Coach for T-ball with the Fish Creek Little League and Assistant Soccer Coach with McKenzie United.

Michael accomplished much through his life, but those that knew him know that he was most proud of the family that he and Pam shared and the life that they made with their three sons, Brady, Josh, and Mason. Like their dad, they all loved sports and Michael loved taking them to their practices and games, never missing one. He lived for his kids and always wanted to make sure they had the choices and opportunities that he didn’t have growing up.

Being a huge sports fan, Michael cheered for the Vancouver Canucks from the beginning. Always hoping for and chasing that “Cup”. He also enjoyed watching the Okotoks Dawgs baseball team and it had become an annual tradition to head to the field on Fathers Day and watch a game with his boys. He could often be found shooting hoops out front of the house with Josh, shooting pucks with Mason or trying to pass on his lawn cutting skills to Brady. He enjoyed the mountains being so close and looked forward to summer hikes and bike rides.

Michael also loved to travel, and his most memorable vacation was his and Pam’s six-week trip to Europe in 2005. They visited seven countries in 15 days and then spent the rest of their time in Paris and Greece. He was able to introduce Pam to his family in Greece and show her a little bit of where he came from. “A trip of a Lifetime”

Those who knew Michael know he was one of the good guys and had a great sense of humour. He was never at a loss for words, and never without a joke, sarcastic remark, or inappropriate comment.  He had a way of making people laugh and made friends everywhere he went.

Besides his loving wife Pamela, Michael is survived by his three sons Brady, Joshua and Mason. He is also survived by his sister Siea Margaritis of Vancouver. Michael was predeceased by his mother Helen Kambas.

A Celebration of Michael’s Life will be held at McInnis & Holloway Deerfoot South, (12281 – 40th Street SE, Calgary, AB) on Tuesday, August 30, 2022 at 2:00 PM.  Reception to follow in the Hospitality Center. A private Graveside Service will be held prior to the Celebration of Life at Prairie Sky Cemetery. Condolences, memories, and photos may be shared and viewed here.