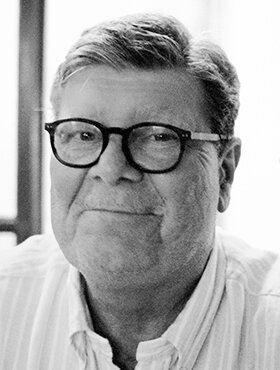 Dr. Matt van Olm, dedicated physician, husband, father, uncle, son, and brother passed away peacefully surrounded by loved ones on Friday, September 23, 2022 at the age of 73.

Born in Bussum, Netherlands, Matt spent his early years in Swift Current before returning to Amsterdam for his teenage years and early university training, as well as completing his first medical degree at the University of Amsterdam. He emigrated to Canada in 1973 and continued his medical specialty training in Internal Medicine at the University of Manitoba, often, stating that he liked the wide-open skies of Canada, a land where he could be who he wanted to be. Matt moved to Calgary in 1977 along with his mother Adriana, brother John, and sister Carina where he continued with his medical training and became a sub specialist in Respiratory Medicine. After opening a practice in Internal and Respiratory Medicine in 1982, he was instrumental in establishing the first pulmonary rehab program in Calgary. Matt was a skilled and dedicated physician who helped countless Calgarians from all walks of life manage their medical struggles and significant illnesses with compassion and kindness.

In 2000, Matt met his beloved wife Dr. Jeannette Soriano and her two young sons, Michael and Mitra. He fell in love with the mountains during his time living with Jeannette in Banff and they returned there regularly throughout his life. Matt was a dedicated family man, as an uncle to Dominique and Alexander and father to Michael and Mitra.

Matt was very adventurous in both mind and body; a life-long student with a deep appreciation for arts, culture, and spirituality, and an active world traveler with his family. He especially enjoyed spending time in the Dominican Republic with Jeanette’s extended family, and in particular Pedrito and his family, Pablo, and Jorge. Matt was a dreamer and always encouraged and supported those near and dear to follow their aspirations wherever they led. He leaves an enduring legacy of positive energy and hope for the future.

If friends so desire, memorial tributes may be made directly to one of Matt’s favorite organizations, The Center for Natural and Integrated Medicine - https://www.cinim.org.

The family extends their thanks to Dr. Michael Kroetsch and Dr. James Clem for their care in recent years.

Share Your Memory of
Tjerk
Upload Your Memory View All Memories
Be the first to upload a memory!
Share A Memory