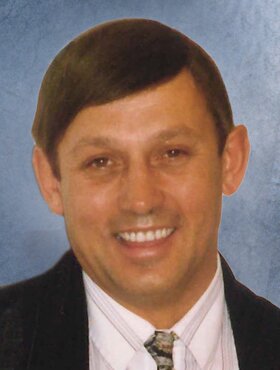 Dennis was born and grew up in Taber AB, where he attended St. Mary’s High School. After high school, he attended SAIT in Calgary and graduated with an Auto Body Mechanic Certificate. He returned to Taber to work with his father at the Modern Auto Body Shop. After his father retired, Denny took over the business and renamed it Nessman’s Auto Body Shop. Following a number of very successful years, Denny sold the business. Using his extensive knowledge of the auto body business he began a new career as an Insurance Adjuster. He worked in the insurance industry for 25 years in both Lethbridge and Calgary, retiring from Intact Insurance at 65 years of age.

As a young man, Dennis was an active member of The Taber Golf Club and the Taber Kinsmen Club and enjoyed fishing and camping with friends. He played senior hockey with the Taber Chefs and was the trainer for the Taber Golden Suns Hockey team, as well as General Manager for The Palace Pats Hockey team. Denny worked with the Lethbridge Broncos Hockey team, travelling with them to the Memorial Cup in Portland, Oregon in 1983.  He volunteered as assistant coach and coach, while his son’s played hockey and baseball.

In 2001, Dennis and Monalie bought a cabin on Okanagan Lake, BC. Denny took up gardening and enjoyed sharing his vegetables with all the neighbours. He spent as much time as he could at the lake and loved being there.

Dennis married his wife, Monalie Bertie 53 years ago in 1969.  Beside his wife, he is survived by his two sons, Chad Michael Nessman and Christopher Ryan Nessman (Deena), both of Calgary. He is also survived by his granddaughter and only grandchild, Tatum Olivia Nessman. She was the centre of his joy; she was his “Tulip”.

Dennis is also survived, by his four sisters and three brothers: Deanna Johnson (Ron) of Kamloops BC, Cheryl McGarva (Randy) of Taber, Wendy Nessman and Valerie Nessman both of Calgary and David Nessman, Jerry Nessman and Bradley Nessman (Susan), all from Taber; his sisters-in-law Michelle Holthe (Brian) and Nanette Dupont (Ernie) of Taber; and his brothers-in-law Tommy Bertie of Taber and Mark Bertie (Esther) of Calgary; as well as numerous nephews and nieces.

Dennis was predeceased by his parents, Carol and George Nessman of Taber and his father-in-law and mother-in-law, Ado and Olive Bertie.

Dennis had requested no services. His ashes will go to the place he loved, the lake. Condolences, memories, and photos may be shared and viewed here.