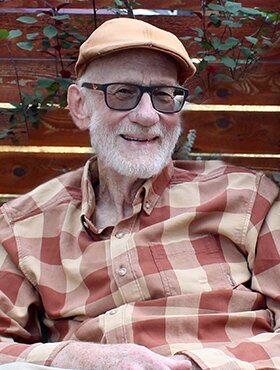 Michael Macauley Jamison passed away on Tuesday, November 1, 2022, at the age of 78 years, at his home in Calgary, Alberta. Mike was born in Saskatoon, Saskatchewan, and moved with his family as an infant to Vulcan, Alberta, where he lived and went to school until the family moved to Calgary in 1961. After high school, Mike attended the University of Alberta graduating with a B.Comm and a B.Ed., and there he was an active member of the Phi Kappa Pi fraternity where he made many lifelong friends.

After graduating from UofA, Mike worked in industry and taught high school before deciding to follow in his fathers' footsteps and study law. He graduated with an LLB from the University of New Brunswick in 1974, returned to Alberta, and practiced law in Calgary until 2011.

Mike enjoyed his career and the many friends he made along the way, but his true passions were family, music, and travel. He was a gifted piano player, playing with many groups and musicians over the years and relishing the excitement, camaraderie, and performances with his fellow musicians. He loved sharing his talent wherever he went and gatherings with family and friends would undoubtedly include sing-alongs and dancing.

Mike was a role model and mentor to his children and grandchildren. He willingly shared his knowledge and encouraged them with love and respect as well as laughter and encouragement. His remarkable memory often left them in awe.

His love of travel took Mike and Fran together to six continents with Africa still on his bucket list. They loved to travel together often off the beaten path, they also traveled with their children, grandchildren, parents-in-law, and friends. Mike loved the open road and traveled many kilometers with a variety of friends on his motorcycle.

Mike met the love of his life, Fran, in 1963 and they married in 1967. Years were spent together in Edmonton, High River, Fredericton and finally Calgary. Together they created a warm and welcoming home where friends were welcome to come, visit and often stay a while. They shared their home with students including ESL students many of whom became lifelong friends. To Fran, Mike was her love, her best friend, and her mentor and he will remain a guiding light forever.

Through the years Mike was an active member of the Rosedale Community Association, the Eastport Lions Club, and the Law Society of Alberta.

Mike was diagnosed with Non-Hodgkins, Mantle-cell Lymphoma in March 2011. Despite the many treatments he underwent over the following years, Mike met each day with enthusiasm and plans for a new adventure always seeking something new to experience whether close by or afar.

Mike believed in giving back so please consider giving to the Lions Foundation of Canada Dog Guides (https://www.dogguides.com/donate/) or the Alberta Cancer Foundation (https://www.albertacancer.ca/donate/).

A special thank you goes to Dr. Andrew Daly whose expertise allowed Mike to remain positive and willing to try the next treatment and to the many positive people involved in his care at the Tom Baker and Foothills hospitals over the years. His family physician, Dr. P. Naidu was a much-appreciated support. Mike received excellent and compassionate care through AHS Homecare and Palliative care.

Share Your Memory of
Michael
Upload Your Memory View All Memories
Be the first to upload a memory!
Share A Memory