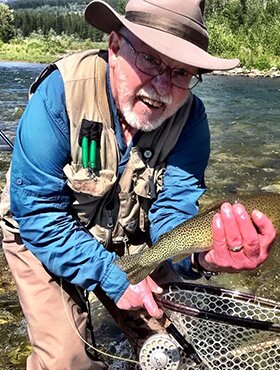 Vern was born in Halifax, NS, on November 18th, 1947, to Barrie Lowe and Francis (Foss) Lowe. He spent seventy years in the Halifax area, growing up in Waverley, and moving to Cole Harbour after marriage to start a family.

Vern graduated from Dalhousie University with his Bachelor of Education and Acadia University with his Masters of Counselling. He was a career educator, spending over thirty years with the Halifax County School Board. He started as a classroom teacher and finished as a Guidance Counsellor at Prince Andrew High School in Dartmouth. His love of people and commitment to helping youth led him to have a fulfilled career in education.

Following in his father’s footsteps, Vern was a very active volunteer with Big Brothers Big Sisters and was a Big Brother himself to Brendon Jaggard. Vern was an active member of the local sports community, dedicating time to various organizations, mainly the Cole Harbour Minor Hockey Association and the Dartmouth Midget Hockey program. His love of sports, especially hockey led him to play the game he loved into his 70s.

Vern was an avid fly fisherman who had a love for the outdoors, especially his camp in Sheet Harbour and the rivers surrounding it. He could often be found on rivers with his sons and friends spending many memorable moments teaching life lessons. When not on the river Vern could be found with a deck of cards and a crib board willing to take on all challengers.

Vern took the time to talk with people whenever he could and was always interested in their families, never missing an opportunity to catch up. He will be remembered for his kindness, enthusiasm, sense of humour, and empathy for all those he knew.

Besides his loving wife of fifty years, Donna (Culgin), Vern is survived by his two sons, Cory (Brenda) Okotoks, AB, and Tyler (Lauren); and three adored grandchildren, Brynn, Micah, and Seth all of Cochrane, AB. He is also survived by his brothers, Doug (Jackie) Moncton, and Tom (Rhonda) Sherbrooke; his sister Ruth Orr (David) Mount Uniacke, as well as numerous nieces, nephews, cousins, and friends. Vern was predeceased by parents Barrie and Francis Lowe (Dartmouth).

A Celebration of Life for Vern will be held in Nova Scotia at a later date. Condolences, memories and photos can also be shared and viewed here.

Share Your Memory of
Vern
Upload Your Memory View All Memories
Be the first to upload a memory!
Share A Memory
Send Flowers