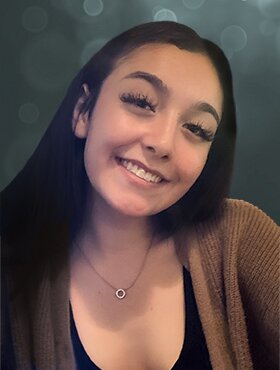 Montana Dobry, beloved daughter of Jayme Erickson (Sean), of Rockyview County, passed away on Friday, November 18, 2022, at the age of 17 years.

Montana was born in Fort Nelson, British Columbia, on October 27, 2005. For the first eight years of her life Montana moved around the province of BC, to Alberta, and back again. It wasn’t until 2013, when Montana officially made her home in AB. From 2013-2017 Montana called Okotoks home, attending Ecole Good Shepherd. In 2017 Montana moved out to Beiseker School, and then further moved into Airdrie, calling George McDougall High School her final school in what would have been her graduation this year.

Montana was an avid and dedicated swimmer until the age of sixteen.  Montana started her swim career at Foothills Stingrays (Okotoks Mavericks) where they helped mold her into the swimmer she was to become. She later moved to Nose Creek Swim Association in Airdrie, where they fine-tuned her swimming and made her into a champion. Montana was very proud of her accomplishments as a swimmer. She was an amazing breast stroker, having won medals in the 50m, 100m, and 200m breaststroke. Competing at local, provincial, and national levels, Montana never ceased to amaze us with her talent.  At the age of thirteen Montana qualified for the Canadian Junior Championships, a momentous accomplishment, one that she did not talk about.

In 2018, Montana qualified for the Alberta Summer Games, and came home with five medals.  After arriving home, she promptly boarded a plane and headed to California for Far Western Championships.  At one point Montana reached a standing of 5 place in Canada in her 100m breaststroke.

Montana loved her friends.  When you became her friend, she loved you fiercely, and with her whole heart. She would do anything for her friends, and it showed. She had many friends, both near and far.

Anyone who knew her would describe her as a firecracker. She said what she wanted when she wanted with no regrets. She would light up a room with her energy, and beautiful smile. There was nothing shy about her.

Montana was a member of Fort Nelson First Nation, belonging to Treaty 8.  Her roots run deep, and she was so proud to have heritage.  She loved to hunt and fish. Montana took her first grizzly bear in 2020 and had plans of getting a bull moose this fall. She had Aunts, and Uncles that attended Residential School, and she felt the impact; she never wanted their tragedies to be forgotten. She was proud of where she came from and proud to be Indigenous.  Her goal post high school was to become a lawyer and represent the Indigenous Peoples of Canada.

Montana is survived by many friends and family, too many to list here. She touched many lives and for each of you that got to know this little firecracker, we are so thankful.  Our beautiful baby girl will live on in the memories we have of her.

“Goodbyes are not forever

Goodbyes are not the end

They simply mean we’ll miss you

Until we meet again.”

I Love You to the Moon and Back my sweet baby girl.

Funeral Services will be held at Airdrie Town and Country Centre (275 Jensen Drive NE, Airdrie, AB) on Tuesday, November 29, 2022 at 1:00 p.m. with reception to follow. Family and friends who are unable to attend in person are invited to join Montana’s service streamed live (see below) on the day of the service. For those who are unable to view live, a recording of the service will be posted. Condolences, memories and photos can also be shared and viewed here.

Share Your Memory of
Montana
Upload Your Memory View All Memories
Be the first to upload a memory!
Share A Memory
Send Flowers