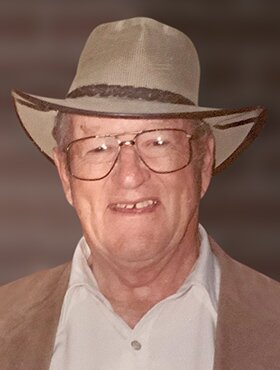 Besides Marton’s wife Connie to whom he was married to for over 50 years he is survived by his two nephews and niece, Daniel Murphy, and his children James Murphy and Madison Murphy of PEI, Joseph Murphy of Blaine Lake, SK and Melinda Murphy (Sean Sweeney) and her children Emily, John, Kate Sweeney of Saskatoon, SK. Marton was predeceased by his parents Dan and Lena of Freetown, PEI, and Marton's only brother Dr. James (Jim) Murphy who passed away in 2005.

Marton was born in Summerside, PEI on December 30, 1935 and received his education at Norboro Grade School, Kincora High School, and Prince of Wales College in Charlottetown, PEI. He moved to Calgary, AB in 1955 and started immediately in the oil industry. Marton was active in politics throughout his life and drew up the charter for the Triple E Senate as well as assisted Stan Waters to become the first elected Senator in Canada in 1988. He helped form the Reform Party of Canada as one of the original twelve. Marton was a strong supporter and a friend of numerous Mayors, Premiers and Prime Ministers over the years across Canada

Marton was Founder and President of the Murco Group of Companies across Canada and the United States, including Ace Industries Int'l Corp., Murphy Equipment Intl Inc., Murphy Drilling Ltd., Nation Wide Transportation Ltd, M. Murphy Travel Associates Inc., Nationwide Resources Inc., and Mountain View Engineering and Environmental Inc. Marton’s business goal was to create jobs; money was merely a fortunate by-product, especially for the beneficiaries of his philanthropic causes. Marton’s many causes included supporting Easter Seals and Camp Horizon for over 50 years as well as Camp Bonaventure. He also supported Crohns and Colitis of Canada, Juvenile Diabetes Research, Dreams Take Flight, SPCA, the YMCA, Women's Shelter, Calgary Handi-Bus, Calgary Senior's Resource Society, Mustard Seed to feed the homeless, Heart and Stroke Research, Salvation Army, IODE, Alberta Adolescent Recovery Centre, Camp Kindle, Kid's Cancer Care, and the Children's Wish Foundation. Marton gave generously of himself and his money throughout his life, which he learned from his mother Lena, a community nurse. Marton's motto became "never retire", he urged everyone to stay active and to devote their time to others, as was expressed by Marton in his biography. Johnny Hopkins, a noted journalist, wrote in The Calgary Herald "Alberta would be a much better place if there were more people like Marton Murphy".

Marton's family and friends remember him as a typical Irishman for his sage advice, witty sense of humor, moreover, great enjoyment of life. His favorite advice to all was "Take it Easy", in other words, be calm, be prepared, think it through, know what you have to do and the problem will yield to intelligence and hard work. He was a wonderful storyteller.

Marton was a lifelong, member of Knights of Columbus, Royal Canadian Legion and Eagles Club. He also spent over 50 years working and fundraising for the physically challenged as well as a dozen other churches and charities throughout Alberta and across Canada. For nearly 50 years, Marton was one of the key people with the RE. Islanders Club in Calgary.

Marton was a great lover of the outdoors, horses in particular; spending over 70 years associated with horses and owned Arabian riding and Standardbred stables. Marton never believed in breaking a horse's spirit, instead training the horse to like the people around him. Marton was an avid golfer, downhill/cross country snow skier and water skier. Marton spent a large part of his life in the outdoors hiking, fishing, and travelling. Over the course of 80 years, Marten travelled the world for both business and pleasure, most often accompanied by his wife Connie. In the summer, he and Connie would spend time boating or RV’ing across Western Canada, in particular Banff National Park, where he had a lifelong love of the Rocky Mountains. For several decades, Marton kept a house in Arizona where he would spend the winters golfing with Connie at the Apache Wells Golf Course, commuting back and forth to Calgary. Marton and Connie loved to dance and over the years hosted hundreds of parties in Calgary and Arizona for their many friends, relatives and business associates.

There will be no funeral in Calgary at Marton's request. Condolences, memories, and photos may be shared and viewed here. If friends so desire, memorial tributes may be made directly to Camp Horizon c/o The Easter Seals Ability Fund, https://easterseals.ab.ca/camp-horizon/ or the charity of the donor’s choice.

Share Your Memory of
Marton
Upload Your Memory View All Memories
Be the first to upload a memory!
Share A Memory
Send Flowers