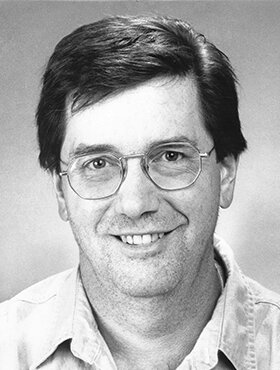 John Henderson beloved husband of Betty Ann (nee White) of Calgary, AB, passed away on Friday, November 25, 2022 at the age of 75 years.

John graduated from the Revelstoke Secondary School, and with a Bachelor of Education from the University of British Columbia. His Bachelor of Education was with a speciality focused in English.  Once he realized that teaching was not the job for him, he decided to pursue a Diploma in Radio and TV from BCIT. He did his practicum in Kamloops and stayed there for 2 years. Followed by 35 years in broadcasting in Calgary.

The majority of his employment was doing TV and Radio Sports; which he loved for 35 years – “It was better than a real job”; including -- CHQR -- Radio sports as well as between periods for the Flames and an after-game show called Hockey Talk -, -- CBC Radio and TV -- in 1989 he followed the Flames around until they won the Stanley Cup, and lastly with SHAW TV.

John loved everything sports, especially hockey, baseball, and Canadian Football. He was massively into sports collectables and had a great collection of baseball, hockey and CFL Football collectables from the 1940s, 50s, 60s, 70s. Especially, the greats like Gordie Howe, Bobby Orr, or Lou Gehrigh. John also loved rock and roll music from the 50s & 60s; and his cats.

John ’s most memorable vacations were when he and Betty Ann went out in their Motorhome with their three cats. He loved taking them out for walks around the campsite on leashes.

He will be most remembered for his sense of humour and his prodigious memory about sports and music in the 50s and 60s.

Besides his loving wife, John is survived by his two nieces, one from Calgary and her son, and one from Edmonton and her three children; as well his cousins in British Columbia: one from Oliver, one from Surrey, another from Gibsons, and Abbotsford; and one cousin who lives in Arizona, USA; John is also survived by numerous friends; and his cats, Denard, Alfie, and Angel.

A Funeral Service will be held, at McInnis & Holloway (Crowfoot, 82 Crowfoot Circle NW, Calgary, AB) on Tuesday, December 6, 2022 at 2:00 p.m. Family and friends who are unable to attend in person are invited to join Mr. Henderson’s service streamed live (see below) on the day of the service. For those who are unable to view live, a recording of the service will be posted. Condolences, memories and photos can also be shared and viewed here. If friends so desire, memorial tributes may be made directly to The Calgary Humane Society, 4455 – 110th Avenue S.E., Calgary, AB  T2C 2T7, Telephone: (403)205-4455, www.calgaryhumane.ca.