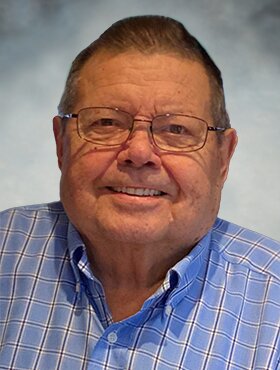 Eugene Sorochuk, beloved husband of Arlene Sorochuk (nee Willner) of Calgary, AB, passed away on Sunday, November 27, 2022 at the age of 79.

Eugene was born in Canora, Saskatchewan on August 27, 1943. He graduated from Sturgis High School, then went on to receive a Bachelor of Education in Saskatoon, Saskatchewan. Eugene was a teacher in Border Road School near Arran, Saskatchewan. He then continued his teaching career in Wynyard, Saskatchewan, where he met Arlene, a fellow teacher, and they were married on August 7, 1970. The family farm was important to him, and they moved to Norquay, where he continued to teach during the day and work on the farm after school and weekends. He was a farmer, entrepreneur, real estate owner, and pipeline worker. Eugene was always friendly and enjoyed talking to anyone he met.

Eugene had a love and passion for big cooking projects, filling his three freezers and having a full pantry of food and cans. He also loved moose hunting and fishing, as well as mushroom and berry picking, and he loved cutting wood. Eugene also liked collecting antiques and coins. He enjoyed reading the news and stocks, as well as playing blackjack at casinos. Eugene’s most memorable vacation was a trip with his two brothers to Ukraine, his ancestral homeland.

Besides his loving wife, Arlene, Eugene is survived by his four daughters: Loraine, Coralie, Lesia, and Colleen; as well as his eight grandchildren: Kael, Nate, Hudson, Camden, Kalyna, Alek, Ksenya, and Zayn. He is also survived by his two sisters, Adeline and Mary (Ed), and numerous nieces and nephews. Eugene was predeceased by his parents, Metro and Anne Sorochuk; grandparents Dymed and Anne Sorochuk, and Prokop and Katherine Dupchak; and his brothers, Bill and Ernie.

A Private Family Service will be held. Condolences, memories, and photos can also be shared and viewed here..

Share Your Memory of
Eugene
Upload Your Memory View All Memories
Be the first to upload a memory!
Share A Memory
Send Flowers