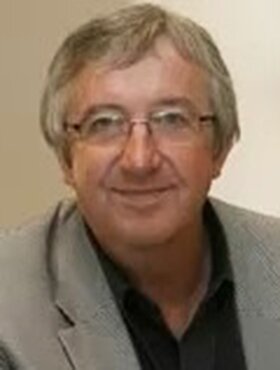 Alan George Browne, beloved husband of Irene Browne (nee Lewis) of Calgary, AB, unexpectedly passed away in Kelowna, BC, on Friday, December 16, 2022, at the age of 70 years.

Left to cherish his memory is his wife Irene, daughter Lana Scott, and grandchildren Abby, Dominic, and Jackson; son and daughter-in-law, Byron and Naomi; and granddaughters, Mia and Ava; sisters and brothers in law, Sharon and Noman Frank; Gwen and Marvin Trout, Fay Wadman; and his brother, Brent Browne and Jackie Herron; along with many nieces, nephews, cousins, and friends. Al was predeceased by daughter Monique, his parents George and Olga Browne; his father and mother in law, Don and Aurline Lewis.

Al was born and raised in Medicine Hat, AB, and graduated from Crescent Heights High School in 1970. Al went on to SAIT, completing Hotel and Restaurant Administration. Al has operated many hotels and restaurants over the years, including Red Carpet Steak House and the Lake Okanogan Resort. He served as a President of the Alberta Hotel and Restaurant Associations, as well as serving on the National Board.

Al had a lifelong commitment to the Alberta Conservative Party and has been very active right to the end. He was the chair of the 33 Alberta Riding Presidents, most recently stepping down as Riding President for Calgary-Hays. Al served six years on the board of Governors of SAIT during its expansion and was recognized in 2008 as a Distinguished Alumnus.

Al enjoyed his time with Irene skiing, fishing, crabbing, prawning, cruising the west coast on their boat, scuba diving, along with numerous winter trips south with friends. His Harley Davidson thrilled the grandchildren during their rides.

A Celebration of Al’s Life will be held at McInnis & Holloway (Deerfoot South, 12281 – 40th Street SE, Calgary, AB) on Tuesday, January 10, 2023, at 2:00 p.m. Reception to follow in the Hospitality Centre at the Funeral Home. Condolences, memories, and photos may be shared and viewed at www.McInnisandHolloway.com.

If friends so desire, memorial tributes may be made to Foothills Advocacy In Motion Society (F.A.I.M.) at  https://faims.org/donate/.

In living memory of Alan Browne, a tree will be planted in the Ann & Sandy Cross Conservation Area by McInnis & Holloway Funeral Homes.