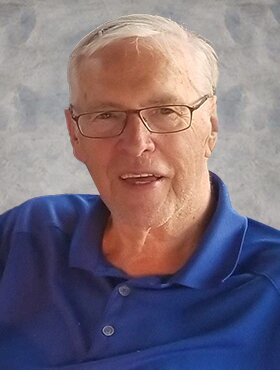 Ted McKay, beloved husband of Mildred McKay (nee MacFadyen) of Calgary, AB, passed away from natural causes on Sunday, December 25, 2022, at the age of 91 years.

Ted was born in Radville, Saskatchewan on May 25, 1931. He graduated from Radville High School in 1949, where his father, Eric McKay, had been the principal. A brief part of Ted’s schooling happened at Ashbury College in Ottawa while Eric served as a Member of Parliament (1945 to 1949). Eric liked to keep Ted close by as he was a bit mischievous.

Ted graduated from the University of Saskatchewan with a Bachelor of Commerce in 1953. He worked for many years in Oil and Gas in both Regina and Calgary.

Ted was a member of the Legion, Suncor Sunsetters Club, and Canadian Association of Petroleum Landmen. He spent numerous hours volunteering with the Boy Scouts, St. David's United Church, and Triwood Community Association. Ted coached hockey and football in Regina and Calgary. Ted’s happiest times were spent with his family and coaching his son and watching his grandsons play sports.

Ted had several memorable vacations, including trips to Scotland, Ireland, England and many driving trips across the US and Canada. He will be most remembered for his being a very proud Canadian, and an avid fan of the Calgary Flames and the Saskatchewan Roughriders.

Besides his loving wife, Mildred, Ted is survived by son and daughter-in-law Brian and Lori McKay of Calgary; his daughter Linda McKay-Panos of Calgary; five grandchildren, Melanie, Nicholas, Cassidy, Will and Ty; and great-grandson Jasper all of Calgary. He is also survived by Eric McKay (JoAnne) and family, Adele McKay (Michael), and extended family and friends.

A Celebration of Life will be held at McInnis & Holloway (Crowfoot, 82 Crowfoot Circle NW, Calgary, AB), on Wednesday, February 1, 2023 at 2:00 p.m. Reception to follow in the Hospitality Centre at the Funeral Home. Family and friends who are unable to attend in person are invited to join Mr. McKay’s service streamed live (see below) on the day of the service. For those who are unable to view live, a recording of the service will be posted. Condolences, memories, and photos may be shared and viewed here.

The family wish to extend their thanks, particularly to the caregivers of Chinook Care Centre 3rd floor for the devoted and compassionate care of Ted.

If so desired, donations made to St. David's United Church https://www.stdavidsunitedchurch.ca/pages/give in Calgary or Ducks Unlimited (ducks.ca) in Ted’s memory would be greatly appreciated.

Share Your Memory of
Ted
Upload Your Memory View All Memories
Be the first to upload a memory!
Share A Memory
Send Flowers