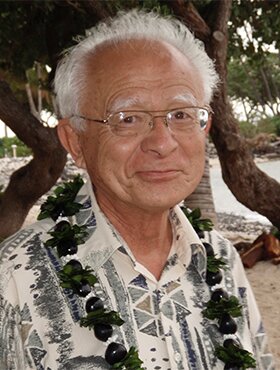 With sadness, but gratitude for a life well-lived, we said goodbye to Nobby, on Thursday, January 5, 2023, at the auspicious age of 88 years.

Nobby was born in Vancouver, BC, on March 25, 1934, in a fishing community on Sea Island.  As with many Canadians of Japanese descent, the family was relocated to Interior BC in 1942 for the duration of WW2.  The Kamitakahara family then moved to Alberta, first to Turin in 1946, followed by Taber, and then Lethbridge in 1951.

Nobby moved to Calgary, graduated from Mount Royal College in 1954, and looked for work in the financial services sector.  He was hired by Frank Freeze at Western Union Insurance where he started as an underwriter, worked for over thirty-five years, and retired as President and COO in 1990.  He maintained for over twenty-five years after, that he was ‘unemployed’, not ‘retired.’

Nobby and Kaz were married for over sixty years. They enjoyed travelling all over the world, sightseeing and golfing whenever they could. We were so lucky to have experienced annual family cruises and trips to Hawaii for many years.  Nobby and Kaz attended every Special Olympics tournament of their son, Michael, and every soccer match and concert of grandson, Matthew.  Nobby maintained close ties with all of his siblings and thrived on great conversation with family and friends. He was primary caregiver to Kaz in her last years, and supporting Michael was always his priority.

We will all take away a few ‘Nobby-isms’ with us.  The preference for the aisle position, whether in a theatre or a parking lot was key.  And no dilly-dallying on the way out.  Nobby was still rollerblading in his 80s and was proud of the fact he always walked the golf course at Willow Park and carried his own bag.  We all continue to leave unused clubs on the green where they are visible and place our bags at the rear of the green to facilitate moving to the next hole.  Never hold up the game!  Nobby introduced all of us to the vodka and sake martini, before it was fashionable.  Please raise a toast to Nobby at Happy Hour.  He will be missed.

Nobby is survived by his daughter, Diane (Victor), sons, David (Rona) and Michael; and grandson, Matthew Koltes (Alexandra).  He is also survived by his brother Harold (Julie), sister Kay, sister-in-law Kiyomi, and numerous relatives, from both Kamitakahara and Miyashita families. Nobby was predeceased by his wife Kazie, and his older siblings, Alice Omae (Seiji), Akiko Harada (Eichii), George, Alfie (Rosie), and Sab.

The family would like to thank Tracie, Shigeru, Quennie, Daniella, and the staff of Home Instead for helping Nobby get to Fish Creek daily and much more.

A Celebration of Nobby’s life will be held in the spring.  Condolences may be shared and viewed through www.McInnisandHolloway.com. Flowers and Koden are gratefully declined.  If friends so desire, memorial tributes may be made directly to Vecova Centre for Disability Services and Research at https://vecova.ca/get-involved/donate/.

Share Your Memory of
Noboru (Nobby)
Upload Your Memory View All Memories
Be the first to upload a memory!
Share A Memory
Send Flowers