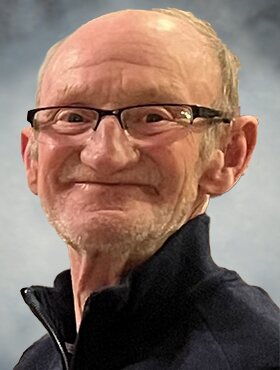 Stewart “Ski” Kearsley, beloved husband of Betty Kearsley and father of Melissa Merrick of Calgary, AB passed away on Saturday, January 21, 2023 at the age of 70 years.

Besides his loving wife Betty, Ski is survived by his daughter Melissa and son-in-law Travis, of Calgary, Alberta; his two granddaughters Abigail and Addison; his sister-in-law Beryl McNish of Portage La Prairie, Manitoba, and his extended family.

Known as Ski to most everyone he crossed paths with, he was born in Edinburgh, Scotland on March 11, 1952. He immigrated to Canada with his family in 1963. Although not a fan of formal education Ski quickly found a home with the Canadian Armed Forces joining in 1974 in what would become a distinguished military career spanning thirty-two years. Rising to the rank of Master Warrant Officer (MWO) one of the highest-ranking non-commissioned officers in the CAF. He served on four UN tours and was also awarded The Order of Military Merit in 2006 shortly after his retirement. This honor is one of the highest in the Canadian military and in its fifty-year history only around seventy per year are awarded.

Betty and Ski were married in July of 1979, in a time when that was considered late in life to get married. Betty a nurse and Ski a military man fit the description of a nuclear family. Melissa came in early 1981 and they followed his career through Germany, Oromocto, Winnipeg, and finally in Edmonton. Following his military retirement Ski spent ten years with the Corps of Commissionaires doing what else but security for the army base in Edmonton. Trading his green fatigues for a blue uniform seemed to fit and took Ski to his “actual” retirement in 2015.

Shortly after his retirement his two granddaughters came, and Betty and Ski relocated to Calgary to be closer to them in 2018. Being able to relive some of the moments he missed while on tour brought Ski his greatest joy, camping in the motorhome all over central Alberta, being at hockey and soccer practices, or simply a sleepover with Grandma and Grandpa.

He will be most remembered for his caring nature, love of reading, always calling everyone “buddy” because he couldn’t remember names, his commitment to his communities through volunteering and charity, his love of animals especially his dogs, and his enduring support for the Toronto Maple Leafs. However, we will remember him most for being a loving and caring husband, father, grandfather, and friend whenever we needed him.

In lieu of flowers Betty and Ski would like for any donations in Ski’s name to be made to the Cochrane and Area Humane Society; https://www.gifttool.com/donations/Donate?ID=1427&AID=125 or the Veterans Food Bank of Calgary; https://www.iatspayments.com/saaura/PAE74A0E3807A1AB24

Share Your Memory of
Ski
Upload Your Memory View All Memories
Be the first to upload a memory!
Share A Memory
Send Flowers