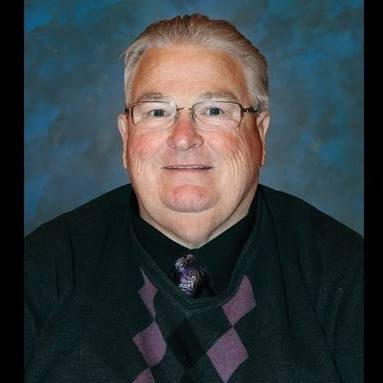 Doug O’Halloran, beloved husband, father and grandfather, passed away peacefully with his children by his side, on Monday, October 14, 2019 at the age of 66 years.

Doug is remembered by family and friends for his jolly laugh, his fabulous cooking, his love of playing cards, and his generous heart.

He was President of the United Food and Commercial Workers Canada Union, Local 401 for 30 years. In that role he worked tirelessly to improve the life of workers in Alberta. He was an active member of the Alberta New Democratic Party and believed that we could make the world a better place.

Doug is survived by his wife Rita O’Halloran of Balzac, AB; his daughter Kara O’Halloran (Cameron) of Edmonton, AB and son Christopher O’Halloran (Sarah) of Calgary, AB; his grandchildren Layton, Brock, Evan and Forest; his brother Leonard O’Halloran (Jeannie) of Wakefield, NB; his sisters Eileen Myers (Vern) of Stony Plain, AB, Helen Todd (Gordon) of Grande Prairie, AB, and Ruth Cornish (Cecil) of Niagara-on-the-Lake, ON; his numerous nieces and nephews; and his beagles. He was predeceased by his parents John O’Halloran and Georgina Cranley; his brothers Sheldon, Gerald and Leo; and infant sister Diane.

Funeral service will be held at St. Paul’s Catholic Church (1305 Main Street  Airdrie, AB) on Tuesday, October 22, 2019 at 1:00 pm with a reception to follow in Calgary at the Empire Banquet Hall (4826 11 Street NE, Calgary T2E 2W7). A private interment will be held at Mountain View Cemetery in Lethbridge, AB at a later date. Condolences may be forwarded through www.McInnisandHolloway.com. The family would like to extend their sincere appreciation to Dr. Young and all the staff at Unit 44, Foothills Medical Centre, for the care they provided to Doug.    If friends so desire, memorial tributes may be made directly to the Leukemia & Lymphoma Society of Canada, 2020 – 10 Street N.W., Calgary, AB  T2M 3M2 Telephone: (403) 263-5300 or (toll-free): 1 (866) 547 – LIFE (5433), www.lls.org/canada.

Share Your Memory of
Douglas
Upload Your Memory View All Memories
Be the first to upload a memory!
Share A Memory