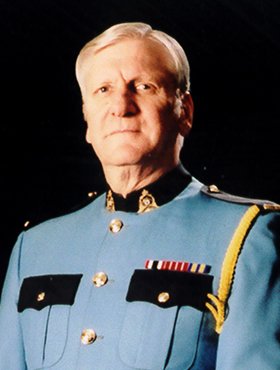 Frank Poirier, beloved husband of Mila Poirier (nee Kim), of Calgary, AB, passed away on Thursday, April 9, 2020 at the age of 74 years.

Frank joined the military at a young age and was stationed in Germany, allowing him to travel throughout Europe. He joined the Halifax Regional Police Department in 1974, where he enjoyed a long and adventurous career that included detective work, photography courses, and many opportunities to learn and advance, which he loved. After retirement, he moved to Calgary and became active in the local dance community, where he met his favourite dance partner, and wife, Mila. Frank’s preferred pastimes were playing pool, the occasional round of golf, photography, travelling, hunting trips with his buddies, playing the guitar, and story-telling.

Frank is survived by his devoted wife, Mila Kim; his daughters, Eve and Micheline; his granddaughters, Piper, Ruby and Lily; and his ex-wife, Claudette. Frank is also survived by his many friends, neighbours, and colleagues, who will dearly miss his sense of humour, favourite anecdotes, and smooth dance moves.

Condolences, memories and photos may be shared and viewed on Frank’s obituary at www.McInnisandHolloway.com.

The family would like to give a special thank you to the many kind Doctors, Nurses, and staff members at The Rockyview Hospital who provided wonderful care to Frank in his last days.

Share Your Memory of
Joseph
Upload Your Memory View All Memories
Be the first to upload a memory!
Share A Memory
Send Flowers