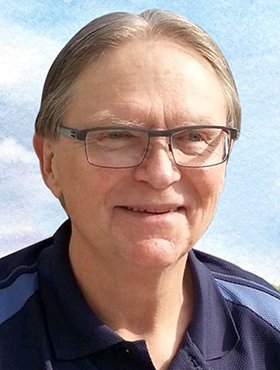 It is with a heavy heart the family  of Jack Shore announce his unexpected passing on Tuesday, April 14, 2020 at the age of 70 years.

Jack was raised in Saskatoon with his sister Shayna; both were adopted by Anne and Louis Shore. He spent his youth helping out his father in the family store. Jack married his love Gail in 1971, shortly before graduating from the University of Saskatchewan.

After graduation he took a job with Standard Life and relocated to Toronto.  Within a couple years Jack made a career change to CIBC, beginning a long and successful career with the bank. Over the years he worked his way up the ranks and across the country with stops in Regina, Saskatoon, Vancouver, Whitehorse, Victoria and Halifax.

Along the journey they had two children, Leslie and Paul. No matter how busy his professional life was, he always made time for his family, and everything he did was for them. In his final role as Senior Vice President of Small Business in Victoria, Jack retired in 2003.

He continued working with various charitable foundations such as Habitat for Humanity and Leadership Victoria. He and Gail relocated to Calgary in 2018 to be closer to their beloved grandchildren, Ainsley and Hannah. In April 2019 he laid his wife, Gail, to rest after 46 years of marriage. In recent years, he had reconnected with his birth mother and members of his biological family.

He was a kind, intelligent, warm, trustworthy and caring man, and will be remembered as such by those that had the pleasure to know him in professional and personal capacities.

Jack is survived by his daughter Leslie (Matt); his son Paul (Ronnie); his grandchildren Ainsley and Hannah;  and his sister Shayna (Tyrone). Jack was predeceased by his beloved wife Gail.

Due to current public health concerns, a private service for immediate family was held at McINNIS & HOLLOWAY (Deerfoot South, 12281 – 40th Street SE, Calgary, AB) . Condolences, memories and photos may be shared and viewed on Jack’s obituary at www.McInnisandHolloway.com.  The Family has respectfully requested that no flowers or gifts be sent.  If friends so desire, memorial tributes may be made directly to their local Habitat for Humanity.

Share Your Memory of
Jack
Upload Your Memory View All Memories
Be the first to upload a memory!
Share A Memory
Send Flowers