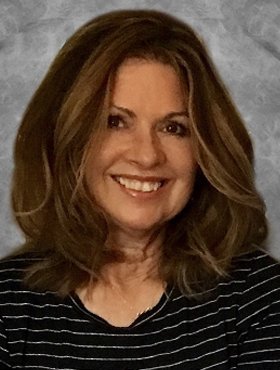 It’s with heavy hearts that we announce the passing of Ruth-Anne Onyett on January 13th, 2021. Beloved wife of Tim Onyett for nearly 40 years, mother and best friend to Allison (Randy Witty) and Courtney Onyett, and loving Grandmother to Charlotte Witty.

Ruth was born in Barrie Ontario, to the late Irene and Edward Auger, and middle sister to Nadine Auger and Geri Maher (nee Auger). During her childhood her family would live throughout Canada due her father’s career in the armed forces, eventually settling in Ottawa, Ontario. It is there where she would meet her husband Tim.

They were soon engaged and later married in Ottawa where they were busy with careers, starting their family and enjoying wonderful times with family and friends. Just as their second child arrived, they relocated to Calgary in 1995 and began a new life with new friends and adventures. Cottages and boating gave way to soccer field sidelines, Stampede, mountains, skiing and many memorable family camping trips. Ruth loved to travel including cruises, and trips to Europe and Asia. Ruth and Tim were also avid patrons and supporters of the Calgary Philharmonic Orchestra.

Ruth’s enthusiasm, energy and ability to connect with people is what made her successful in every career she pursued. Following her start as a Buyer in retail fashion, Ruth had a successful career in real estate for over 20 years before making the transition to the Oil and Gas industry with her final role being at Ridgeback Resources as a Senior Joint Venture Representative.

However, it was time spent with her two daughters, husband and many friends that she enjoyed most. Ruth could make even the most mundane errands or afternoons fun, laughing until you had tears in your eyes. She also loved entertaining, even when it was just family. Weekly Sunday night dinners at the Onyett house were not to be missed.

In 2019 Ruth became a Grandmother and was elated to learn that she had yet another girl to spoil. Ruth loved babysitting Charlotte, watching her grow, and celebrating each milestone. She was an incredible grandmother.

Ruth will be remembered most by her unique ability to strike a conversation with anyone, her unmistakable positive energy, spontaneity, and laughter. Ruth will be deeply missed by all. Our family would like to thank the staff at the Foothills Hospital, especially unit 46, for their kindness and excellent care during Ruth’s brief stay.

A Private Funeral Mass will be celebrated on Tuesday, January 19, 2021 at 11:00 a.m. A celebration of Ruth’s life will be held at a later date. Condolences, memories and photos may be shared and viewed on Ruth’s obituary at www.Mcinnisandholloway.com.

Share Your Memory of
Ruth-Anne
Upload Your Memory View All Memories
Be the first to upload a memory!
Share A Memory
Send Flowers