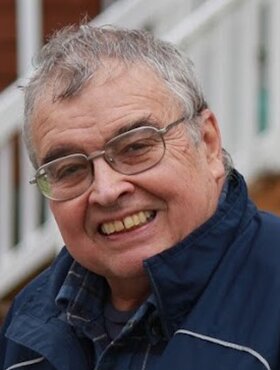 Emmett was born in Toronto, Ontario Canada on August 9, 1943. In 1949, Emmett moved to Bolivia with his family, before returning and finishing his high school at Prince Albert Collegiate Institute. He then attended the University of Saskatchewan and graduated with a Bachelor of Science in Geology.

He moved around in his early career before settling in Alberta. Emmett held various positions as a senior geologist, notably as a founding member with Terracon from 1984 to 2014, where he mentored many geologists and engineers. Emmett was known for his contributions to developing the environment of deposition models and ore reserve protocols in the oil sands industry. His career as a geologist took him throughout northern Canada and around the world, including Albania, Argentina, Bolivia, Brazil, Chile, Columbia, Guinea, Jordan, Peru, Suriname, Uruguay, the USA, and Zaire.

Emmett’s love of travel and the outdoors extended from work to his personal life. He especially enjoyed fly fishing and hunting with friends and his dog Blue. He spent his later years fly fishing near his cabin in Quebec (where he caught a 39 lb salmon), fishing in Cuba, and collecting aviation art.

Emmett will be most remembered for his smile, laugh, easygoing nature, and for mentoring so many with honesty and integrity. Emmett was a proud father, grandfather, and great-grandfather, and treasured the time spent with his family and friends, especially his grandchildren. He will be missed and forever remembered with love.

“Every life is noted and is cherished, and nothing loved is ever lost or perished” – Madeleine L’Engle

Emmett is survived by his son Erik (Beth) Horne of Calgary, AB; his daughter Kirsten Horne (Tim Mack) of Cochrane, AB; his grandchildren, Isis, Penelope, Marlowe, Audrey, and Harriet; and great-grandchild Asher. Emmett is also survived by his sister Karen (Dan) Moran of Toronto, ON. Emmett was predeceased by his parents, Isabella and Edward Horne; and brother John Edward Horne.

Funeral Services will be held at McInnis & Holloway (Cochrane, 369 Railway Street, Cochrane, AB), on Saturday, August 27, 2022, at 10:00 a.m. Reception to follow in the Hospitality Centre at the Funeral Home. Condolences, memories, and photos can also be shared and viewed here.

Share Your Memory of
Emmett
Upload Your Memory View All Memories
Be the first to upload a memory!
Share A Memory
Send Flowers